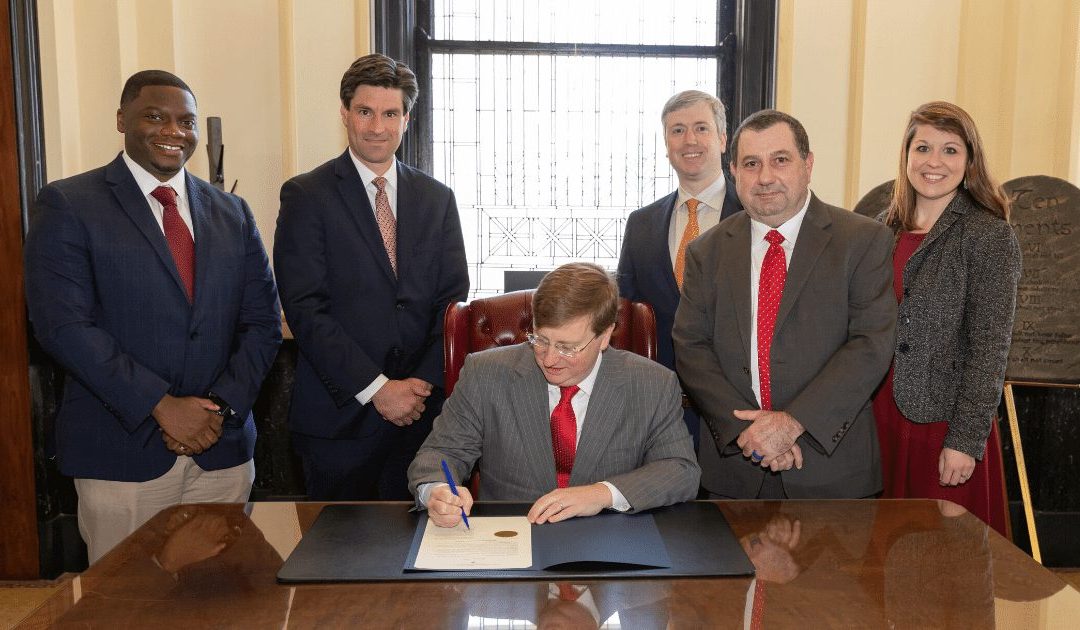 Mississippians have a powerful new tool to save money, build community wealth, and financially prepare for emergencies.

Last week, Governor Tate Reeves signed House Bill 597 into law. This new legislation adds a second line for savings to the Mississippi state tax forms starting in the 2021 tax year. It’s a simple change: where there used to be one line to enter direct deposit information, there will now be two lines, allowing tax returns to go to two accounts. This change lets the taxpayer get his or her refund split between their checking and savings accounts.

“We know that for many Mississippians and most Americans, their tax refund is the largest lump sum of money they’ll receive all year. Having a second line for savings will turn tax time into saving time in Mississippi. It’s a common-sense solution that will empower Mississippians to save for unexpected emergencies and build wealth in their communities throughout the Magnolia State,” said Darrin Williams, Southern Bancorp, Inc. CEO.

There’s science to back up this approach, too. Behavioral economics tells us that because we will still have a chunk of change in our checking account to spend, we won’t really notice the extra money we’re stashing away in our savings account. We’ll have the joy of spending while also having the benefit of building an emergency fund or saving for a rainy day.

Although similar legislation was passed in Arkansas in 2019 and implemented in 2020, the current pandemic puts the financial struggles of everyday Americans into stark reality. Even before the pandemic, almost 40 percent of Americans did not have $400 in liquid savings for an unexpected expense. Having a second line for savings aims to change that statistic by making it easier to save.

HB 597 passed both the House and Senate with unanimous votes. Southern would like to give special thanks to bill sponsors Rep. Jody Steverson, Rep.  Otis Anthony, Rep. Orlando Paden, Rep. Carl Mickens, and Rep. Stephanie Foster, as well as to Rep. Hank Zuber, Rep. Debra Gibbs, and Sen. Chris Caughman (who sponsored a Senate version of the bill) for their support.