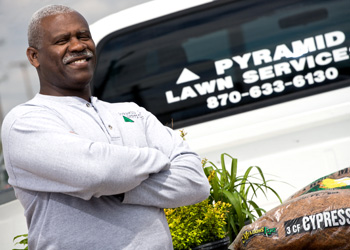 This week, the Corporation for Enterprise Development (CFED) released its annual Assets and Opportunity Scorecard. The Scorecard provides a comprehensive look at Americans’ capacity to accumulate wealth by examining how well residents prosper in the 50 states and District of Columbia on both the ability of residents to achieve financial security and the state policies designed to make it possible. The Scorecard assesses state policies focused on helping people develop and protect assets across 67 outcome measures in five different issue areas: Financial Assets & Income, Businesses & Jobs, Housing & Homeownership, Health Care, and Education. The identified asset building policy triumphs, deficiencies, and recommendations for the state are of great interest to us at Southern as we serve as the Lead State Organization for the CFED Assets & Opportunity Network and our mission is to provide opportunities for increasing net worth and economic mobility.

That said, Arkansas fared poorly overall in 2015. In Education, Arkansas ranked among the worst states in the country in regards to residents with high school degrees (45th) and those with two-year and four-year college degrees (ranked 50th and 49th, respectively). The state’s poor performance in education uncovers significant inequalities. For example, Arkansas ranks last (51st) in four-year college degrees by income, with the top 20 percent of earners 6.4 times more likely to hold a degree than the bottom 20 percent. The Scorecard revealed Arkansas’s young adults are also not doing so well – the state ranked 42nd for the number of “disconnected youth,” meaning those aged 16-24 who are not in school and do not have a job. Without job skills or education, most have to work in low-paying jobs with few to no benefits. According to the Scorecard, 36.6 percent of Arkansas jobs are low-wage, ranking the state 49th in this category.

The state received its worst ranking in Financial Assets & Income, ranking 46th and earning a “D.” This grade reflects persistently high rates of income poverty (18.8 percent) and unbanked households (12.3 percent), ranking the state 48th on both of these measures. Arkansas also received a “D” in Businesses & Jobs, partially due to a stark disparity in business ownership by race, with business ownership 2.4 times as high for white workers as for workers of color. The state’s ranking of 44th in Education is essentially due to residents’ low levels of math and reading proficiencies (ranked 42nd and 40th, respectively) and low rates of postsecondary degree attainment described above.

Interestingly enough, Arkansas has always and continues to fare considerably better on its policy measures than its outcomes, having adopted 29 of CFED’s 68 recommended policies and receiving an overall ranking of 14th among all states. Despite many entrenched problems placing pressure on low- and moderate-income families, the state ranked among the top in Health Care and Education policies, receiving rankings of 6th and 5th in these issue areas, respectively. But the dichotomy between Arkansas’ enacted policies and its policy outcomes is intriguing: although Arkansas ranks 42nd in the nation in terms of outcomes, the state places 14th in its aggregate policies. Hence, there is a weak relationship between Arkansas’s policies and outcomes; the state has strong policies yet still poor outcomes for families.

A reason behind the weak relationship between Arkansas’s policies and outcomes is while a policy may have been effective for a period of time, the policy was never extended or supplemented. For example, Arkansas passed legislation for a Housing Trust Fund but never fully funded it and the state left our matching 529 GIFT plan program (Aspiring Scholars) in pilot mode without a sustainable funding source for match money or marketing. Further, when payday lenders left Arkansas, no financial institution introduced a payday loan alterative product. For state policy to truly have a lasting, major impact on Arkansans, policies must be sustainable and comprehensive.

Over the years, Southern has supported a number of asset building policy changes focused on financial stability and independence of Arkansans, including a state match for Individual Development Accounts (IDAs), an increase in the state’s minimum wage, a statewide housing trust fund, matched savings for the state’s 529 GIFT plan, the termination of payday lending practices, and most recently, the expansion of our Medicaid program. However, the need for sound and effective asset building policy is still highly critical to ensuring a family’s economic security in Arkansas. Furthermore, support for implementation of the policies Arkansas has in place must also be secured.

The findings from the Scorecard highlight the need to better prepare Arkansas’s children for the future workforce through investments in education. Arkansas can make postsecondary education more affordable with a statewide Children’s Savings Account program that would encourage families to start saving early for college and promote a college-going mentality. Additionally, current workers can develop needed skills through expanded job training programs. Policymakers should also help low-income workers keep more of their hard-earned dollars through the adoption of a state Earned Income Tax Credit.

To learn more about what can be done at the state policy level to create economic opportunities for more Arkansans, please contact Nathan Pittman, Director of Communications, at Nathan.pittman@banksouthern.com.